The Beginning of The END of the Chemical Era

Dewayne "Lee" Johnson, a school pesticide applicator with non-Hodgkin's lymphoma, WINS his lawsuit against Monsanto! The jury (God Bless them) awarded Johnson 289.2 million dollars! 4000 other plaintiffs are waiting to sue Monsanto and 10,0000 are expected by the end of the year. Surely this decision has Bayer, who now owns Monsanto, reconsidering whether or not to continue to sell glyphosate-based products.

This is a huge win for humanity! Corporations around the world now get that they must take responsibility for the impact of their products!

US Court demands that the EPA must ban chlorpyrifos in 60 days! Chlorpyrifos, a chemical sprayed on food crops, is a known neurotoxin, especially to children, and was supposed to be banned last year. But the ban was revoked by the current administration. Coincidentally, the ban dismissal was enacted after Trump held a meeting with the CEO of Dow, the manufacturers of the chemical, who gave a 1.2 million dollar donation to his campaign. At Moms Across America, we believe that no matter who we vote for, what our political inclinations are, that every public figure has a responsibility to protect our children. This behavior is reprehensible, and we are glad that the courts have the power to reverse that decision and reinstate the ban. We simply cannot allow big business to harm our little kids.

Transcripts of the closing arguments here.

Also, in the news is Monsanto on trial and Robert F. Kennedy Jr - one of the lawyers suing Monsanto for the link to Non-Hodgkin's lymphoma. Watch his stellar interview here.

We are so glad he addressed all the health issues we moms have been talking about for years now - and that the media is covering this issue!!!!

What are these events telling us?

We are at the beginning of the END of the Chemical Era!

In just the past few months, news has come out that: 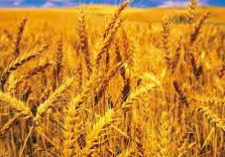 Canadian Wheat Growers Association launches a "Keep it Clean!" Campaign- to STOP spraying glyphosate as a drying agent on wheat! This is HUGE! Glyphosate residues are second only to oats - but wheat products are such a huge part of the American diet that it is likely the biggest contributing factor of the presence of glyphosate in the gut, the destruction of beneficial gut bacteria, and the overgrowth of pathogenic gut bacteria. Imbalance of the gut bacteria, or microbiome, can lead to many health implications such as leaky gut, allergies, autoimmune issues, behavioral issues, insomnia, autism symptoms, diabetes, and mood disorders which may lead to depression, bipolar, and acts of violence. It may seem that eating a piece of non-organic whole wheat bread or pita bread and hummus is healthy for you but in reality, the levels of glyphosate that you are most likely exposing your body to are high enough to trigger an autoimmune reaction, rashes,  and erratic behavior. Over time, the inflammation in the gut can lead to serious health issues. Until we know that ALL wheat growers no longer use glyphosate herbicides on their crops for any reason, it is safest to buy organic.

Beer, which is commonly made from barley, has been shown to contain glyphosate residues. Soon Aussies will be able to say CHEERS! to beer without weedkiller! Hooray!
https://thewest.com.au/countryman/grain/fury-over-cbh-move-on-barley-segregation-ng-b88908900z

This turning of the tide often looks like it is getting worse before it gets better, but the fact that these issues are being revealed is a sign that things are getting better. Before we didn't know. Now we do. Now we can do better!

Some startling information came out this week: 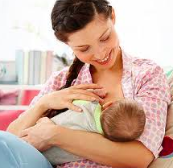 When Moms Across America sent breast milk to Microbe Inotech, critics around the world slandered MAA. Monsanto even paid $10,000 each to couple Mark and Shelly McGuire to test breast milk and conveniently come up with a negative finding. Well, today news was released that 80% of breast milk samples in Brazil were also positive for glyphosate. This is, of course, horrible news. But it confirms our findings and will hopefully have our critics look at how to resolve this issue instead of how to defame a moms group.

Scientific evidence that GMOs are allergens should create a whole new possibility for labeling GMOs as an allergen and having clear labeling on the package. Parents NEED to know what they are feeding their children!!!!

There are too many studies and papers to include in this email.

The news is too wonderful for me to stay inside. My family and I are going to go to the beach with dear family friends who lost their Grandfather (who sprayed Roundup in their yard) from Non-Hodgkin's lymphoma and who almost lost their son as well.

We are all crying tears of joy tonight. It is time to celebrate!!