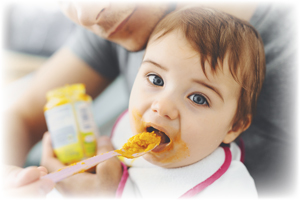 Female Babies Likely Androgenized by Glyphosate Exposure in the Womb

A new study provides more evidence for what many of us have been concerned about- endocrine-disrupting pesticides affect the reproductive organs of our children. This means that eating organic while pregnant and avoiding Roundup and other glyphosate weedkillers (read the label!) is being shown to be even MORE worth the extra effort.

We cherish children of all genders and sexual identities. And, having their reproductive organs altered by unnecessary and harmful pesticides in food or our neighborhoods is just unacceptable. All children deserve to have their bodies be formed and developed naturally as God/Nature intended.

As first seen on Sustainable Pulse, a new peer-reviewed pilot study from a group of international scientists from the U.S. and EU suggests that baby girls' anogenital distance is becoming more male-typical due to their mothers being exposed to glyphosate when they are in the womb.

The study published on Monday in the well-respected Elsevier peer-reviewed Journal ‘Environmental Pollution, is a breakthrough in our understanding of glyphosate as a hormone hacker (endocrine disruptor). 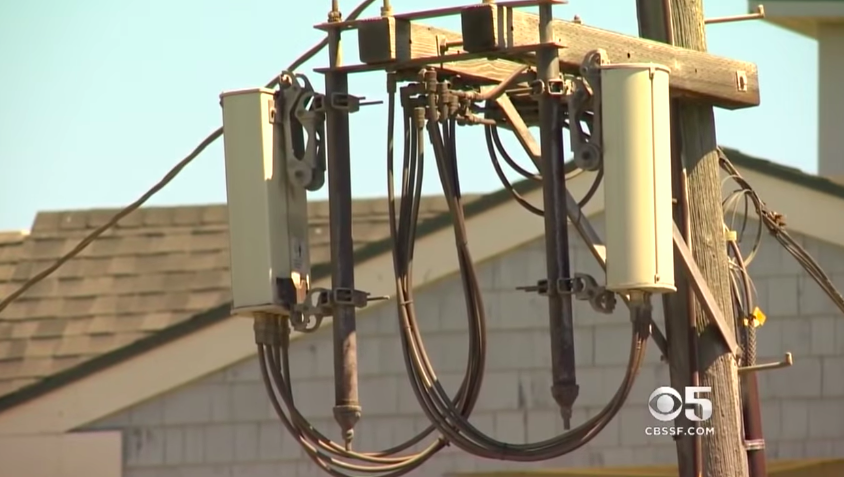 Bills in California, backed by Big Telecom, have been presented to "Streamline" 5G installations of "small" cell towers in cities, towns, and neighborhoods. These bills are examples of what is likely being or will be presented in each state.

On March 22, 2021, The Del Mar Garden Club of Southern California held an informational session called “Fighting Climate Change with Plants”. As a person who is extremely concerned about the looming apocalyptic events due to climate chaos, but not extremely well informed about what we can do to prevent them, I signed up.

I quickly realized that the presentation was not going in the direction that I had hoped, meaning extolling the innate virtues of plants that have the ability to sequester carbon if we just let Mother Nature do her job. No. Featured speaker Joanne Chory, a plant geneticist from the Salk Institute, based in San Diego, CA shared how she and her team were genetically engineering plants to have bigger roots, longer roots, and roots that sequester more carbon by manipulating the gene that makes suberin to make more suberin and therefore hold more carbon, and then put those genes into crop plants. They were going to start with Sorghum. (I will talk about why that is interesting later.) She showed slides depicting what would be manipulated and how the roots were in fact growing longer in preliminary trials. I actually considered that it might be a good idea. For about a second.

We are SO EXCITED!

We finally found an American Regenerative Organic farmer that sells flour and beans that will ship directly to you!

Sixth-generation Wisconsin farmers Mark and Lucy Doudlah and their family kicked the habit of GMO chemical farming and switched to organic regenerative agriculture in 2008. One day at an agriculture lecture, Mark realized they were not “Feeding the World” as Monsanto told them they were doing, but they were making themselves and other people sick. Tragically, Mark’s father, who used Glyphosate, Atrazine, and many agrochemicals, died of cancer long before his time.

Many of us have children that are heading back to the classroom. During the shutdowns, many school districts have “upgraded” their technology systems and have purchased laptops or iPads for every student. When our children do go back to school, instead of exposure to one device’s radio frequency (RF) radiation, they will be in a room for hours a day with a dozen or two devices.

We must ensure that schools are making classrooms as safe as possible. The fact is that school districts have a legal obligation to provide a safe learning environment for our children. Science is showing that RF radiation can be harmful to our children.

Recent peer-reviewed studies have confirmed that exposure to RF radiation can increase the incidence of acute symptoms like headaches, dizziness and nausea, as well as more serious long-term health problems including damage to immune and reproductive systems, changes in DNA, and even cancer.

Children are at higher risk from RF radiation because of their thinner skulls, developing nervous system and rapidly changing physiology.

Although manufacturers and the FCC claim that RF radiation is safe, the current FCC human exposure guidelines were developed back in the 1980s, and last updated in 1996!

What’s the solution? Hardwired classrooms are the safest and most secure learning environments for children. Hardwired systems are faster, more reliable, easily adaptable to new technologies, and have none of the potential health issues now associated with wireless technology. Virtually any computer, smartphone, or tablet can be connected to the internet using simple, low-cost adapters.

The EPA has admitted that glyphosate herbicides (also known as Roundup or Ranger Pro by Monsanto/Bayer) harm 93% of endangered species. This is an excellent reason for the EPA to deny the license of glyphosate. However, they claim that only landscaping use (20 million pounds of glyphosate a year) is the only method of use that is causing harm, NOT agriculture use ( 280 million pounds). This is outrageous! We have a huge problem with this- do you?

Did you know that how our democracy is designed such that when you, the citizen, have a grievance with a government policy, it is your elected official’s job to address it with the government? They work for you. You elect them to be your megaphone to the lawmakers, your liaison to the federal regulatory agencies.

Do you have a grievance with the most widely used herbicide in the world, glyphosate herbicides such as Roundup, being sprayed on our food?

Do you have a grievance with this known carcinogen, endocrine disruptor, and neurotoxin that causes liver disease and multiple generations of reproductive harm being found in our breastmilk, baby food, tap water, wine, beer, orange juice, and thousands of foods?

Do you have a grievance with this herbicide damaging gut bacteria, weakening our immune systems, leaving us more vulnerable to severe COVID symptoms and prolonged shutdowns?

Open Letter to Citizens and Organizations for Glyphosate Ban

Your actions, based on the following information, could alter the future of our planet.

Glyphosate herbicides are the most widely used agrochemicals in the world. According to the EPA, over 300 million pounds are used in the United States each year, 280 million pounds directly on our food. Crops such as soy, corn, sugar, wheat, beans, peas, alfalfa, and oats make up just some of the crops that feed livestock and humans contaminated with high levels of glyphosate. If our families and pets are not eating only organic food, they consume glyphosate in nearly every bite of their meals. Glyphosate has been found on thousands of human food samples such as cereal, orange juice, eggs, and in pet food, tap water, in our breastmilk, children’s urine, streams, ocean water, and even the rain.

A study by Professor Paul J. Mills, Ph.D., and his clinical research team at the University of California showed in the Journal of the American Medical Association a greater than 1000% increase in human glyphosate levels over the past 23 years.

According to a new study, we have not even begun to see the true impact of glyphosate.

This new study by Kubsad et al, published in Scientific Reports shows that glyphosate alone, not the surfactants, impacts the germline of the fetus in female rats. The germline means the sperm and eggs inside the fetus, which will ultimately become the fetuses’ offspring. The sperm and eggs are harmed by glyphosate, affecting the health and viability of future generations.

There has been considerable controversy about whether or not it is glyphosate alone or the surfactants, also known as co-formulants, in glyphosate herbicides that cause harm. This point is legally significant. The EPA only requires safety studies on the one declared “active” chemical ingredient in glyphosate herbicides or any pesticide for that matter, not the full formulation which, includes the co-formulants. Lawsuits worth billions of dollars are being contested based on the industry science and EPA policies. Scientists who asserted that only the co-formulants caused harm and not glyphosate alone were inadvertently supporting Monsanto’s assertion that glyphosate (alone) does not cause harmful effects. That assessment could lead to another 15-year approval from the EPA.

As reported by GMWatch - A new study conducted by an international team of scientists based in London, France, Italy, and the Netherlands, led by Dr. Michael Antoniou of King’s College London, was published today in the journal Environmental Health Perspectives.