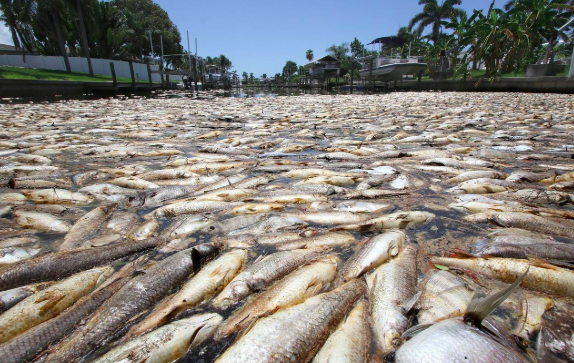 Seneff: It's very straightforward.  The so-called blue-green "algae" are actually not algae but rather a type of primitive bacteria called "cyanobacteria." They have a special skill that is rare among all species to be able to fully metabolize glyphosate and use its phosphorus atom as a source of phosphorus. So they obtain a competitive advantage against other species in the presence of chronic glyphosate exposure.

There are a lot of sugar cane fields surrounding Lake Okeechobee in Central Florida, and they are being sprayed with glyphosate before harvest as a desiccant. There's also lots of glyphosate being used on those well-manicured lawns of multi-million dollar homes. 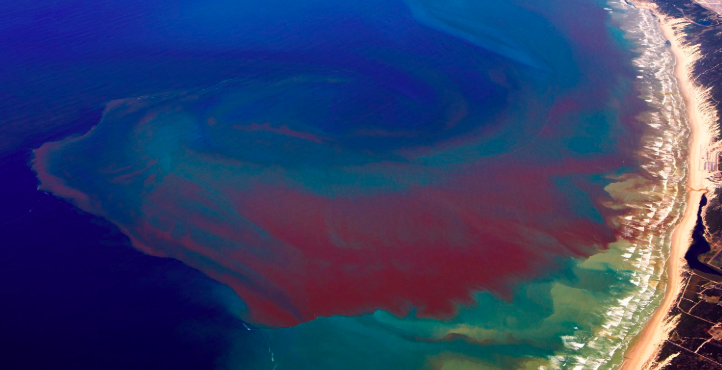 Seneff: Blue-green algae are always present in the mix, but without glyphosate, they don't grow to such huge concentrations compared to the competing flora.

Honeycutt: What function are the blue-green algae in the ecosystem? Could it be a way of balancing out the levels of toxins or is it simply an overgrowth like a virus?

Seneff: Interestingly, what happens when you expose a complex mix of microbial flora to a chemical toxin is that those that are most susceptible die out, and those that have resistance thrive.  Despite all the damage that the cyanobacteria cause when they reach high concentrations, a huge benefit they offer is that they clear the glyphosate and eventually leave the water in a better state than it would be in if glyphosate were allowed to persist.  They may also be able to bind to and remove toxic metals from the aquatic environment. 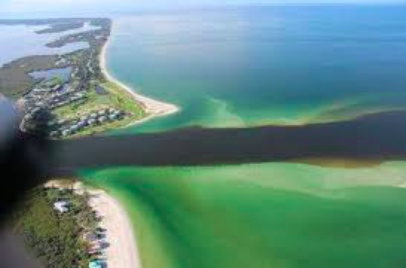 Seneff: No, I don't believe this! Again, very straightforward.  The blue-green algae (cyanobacteria) are able to convert free nitrogen from the air into nitrates.  Thus, they cause an excess of nitrates in the water, in addition to those nitrates that come from excess run-off from nitrate-based fertilizers. The excess nitrates provide essential nutrients for the red algae (Karenia brevis), that then grow to large numbers offshore, causing the red tide.

Honeycutt:  In California, water officials have admitted to me that they spray Roundup around our water reservoirs for weed abatement. Then, when the blue-green algae grow, they spray copper to stop the growth of the algae. This is very concerning to me because copper is a known spermicide. It is even used as birth control in IUDs. High copper levels also have been found in children with autism. One would think we should avoid spraying copper into our waterways.

Seneff: I totally agree.  These chemical-poison-based methods seem to cascade into much larger problems as one imbalance leads to another bad choice and eventually you end up with a toxic soup.

Honeycutt: How can officials and residents stop the growth of blue-green algae and red tide safely?

Seneff: For one, banning glyphosate would be a great start! Switching to renewable organic agriculture in the region would greatly curtail the toxic chemicals as well as reducing the nutrient run-off that's fueling the algae blooms.  The homeowners should seek a solution for their yards that uses only natural methods to control weeds, including pulling them by hand.