Never in my wildest dreams did I imagine sitting down with the EPA in Washington DC with a team of esteemed PH.D scientists, lawyers and moms just as passionate as I am, about a chemical called glyphosate, which is sprayed on GMOs and our food crops. 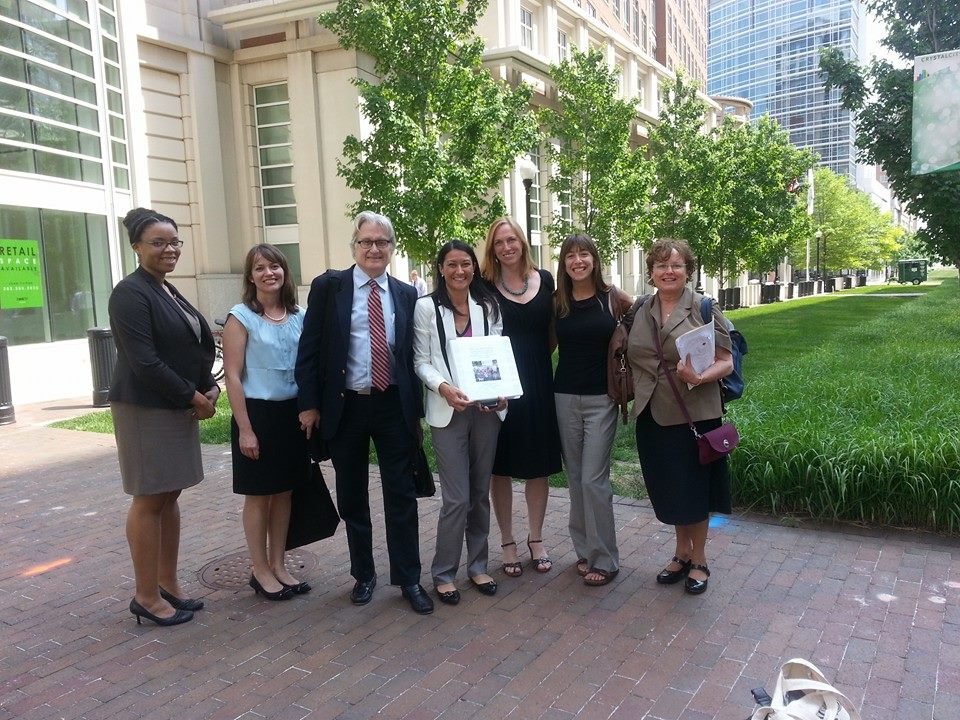 But there we were. Because of your support, your generous donations, your 10,000 + phone calls in 3 days, your posts about and emails to the EPA to recall Roundup, they took us seriously. 9 members of the pesticide Re-Review board listened to 11 of us for 2 hours instead of 1. They listened to your testimonials and the statistics of our health crisis in America. It was intense.

Because I was well prepared with a binder full of studies Nanette put together, and we had gone over every point witth a lawyer and scientist for three hours before the meeting, I was firm, resolved and clear about our demands. I spoke with all the love in my heart for my children and with all the conviction mother's have everywhere as I told them of the 10 reasons why they should Recall Roundup and the 12 points of Proposed Collateral Damage of Glyphosate.

Just to name a few:

Glyphosate is a patented ANTIBIOTIC. It destroys gut bacteria, where 70% of our immune system lies.

We submit that this directly correlates with Crohn's disease (damaged gut)which has increased 79% in the past ten years alone in children admitted to hospitals. Colitis (stomach ulcers) has tripled during this time as well. Allergies, autism, auto immune and asthma now impacts 1 out of 3 of our children.

It is an acknowledged endocrine disruptor, causing birth defects, infertility and sterility.

This directly correlates with pigs who ate GMO/Glyphosate sprayed feed and lost 30% of their young. Those sows with levels of glyphosate 3 X LOWER than our mom's levels in their breast milk, had 5 X HIGHER birth defects, miscarriages and loss of young.

Glyphosate BREAKS DOWN THE BLOOD BRAN BARRIER: allowing toxins into the brain.

Someone dies of Alzheimer's every 67 seconds in America today.

In 20 years from now, 1 out of 2 of our children will have autism if we continue at this rate.

Glyphosate is a CHELATOR: It holds or "makes unavailable" the vital nutrients of any living thing.

Vitamin deficiency is consistent in cancer patients. Cancer is now the number on killer of American children today.

More children die every year of cancer than all the casualties of 9/11.

1 out of 2 males and 1 out of 3 females are expected to get cancer in America. Over 117 million Americans have cancer.

As I shared these statistics, everyone got present to the huge cost to the health of America and how the benefit of the chemical glyphosate was obliterated.

Their eyes displayed dismay, understanding and even searched for more. I saw that we have EPA members on our side. They may not be able to act now, but they want to. They want us to push on and give them the reason to make a bold change. They want their children to be safe as much as you and I.
In other eyes, I saw denial, refusal and resistance. Their resignation weighed heavily in the air. I heard reasons, explanations and infuriating avoidance. I saw fear of change.
Some of the board members refused to see just how urgent this is. They refused to see that we are breastfeeding our babies RIGHT NOW, today and we need for them to be safe. NOW.
Despite our compelling binder of studies  and undeniable evidence through testimonials of mothers of risk of harm, they did not agree to our request to recall Roundup, or revoke the license of glyphosate. They did not agree to issue a simple statement advising mothers to eat organic.
They did agree however, to continue working with us, to give us the protocol  for the upcoming scientific study of glyphosate in breast milk which was funded as a result of our preliminary testing, supported by Sustainable Pulse. They did agree to ask Monsanto for their breast milk testing that we have word they are conducting. They did agree to include include that study in their review of glyphosate, which happens only once every 15 years.

I hope you understand how profound your support is in turning their decision from one that supports the profits of corporations to one that protects the health of our children. We can make history together.

Please continue to send the EPA your demands to recall roundup at [email protected], we will save and collect your experiences and forward them.

We can do this. Our next steps are to go to higher ups, to the Senate and to take local actions to get Roundup banned by county and state. And to keep the pressure on the EPA.

Each voice, each call, each purchase of organic food, is a step in the direction of health and freedom for generations.
We thank you, wholeheartedly, for your support. 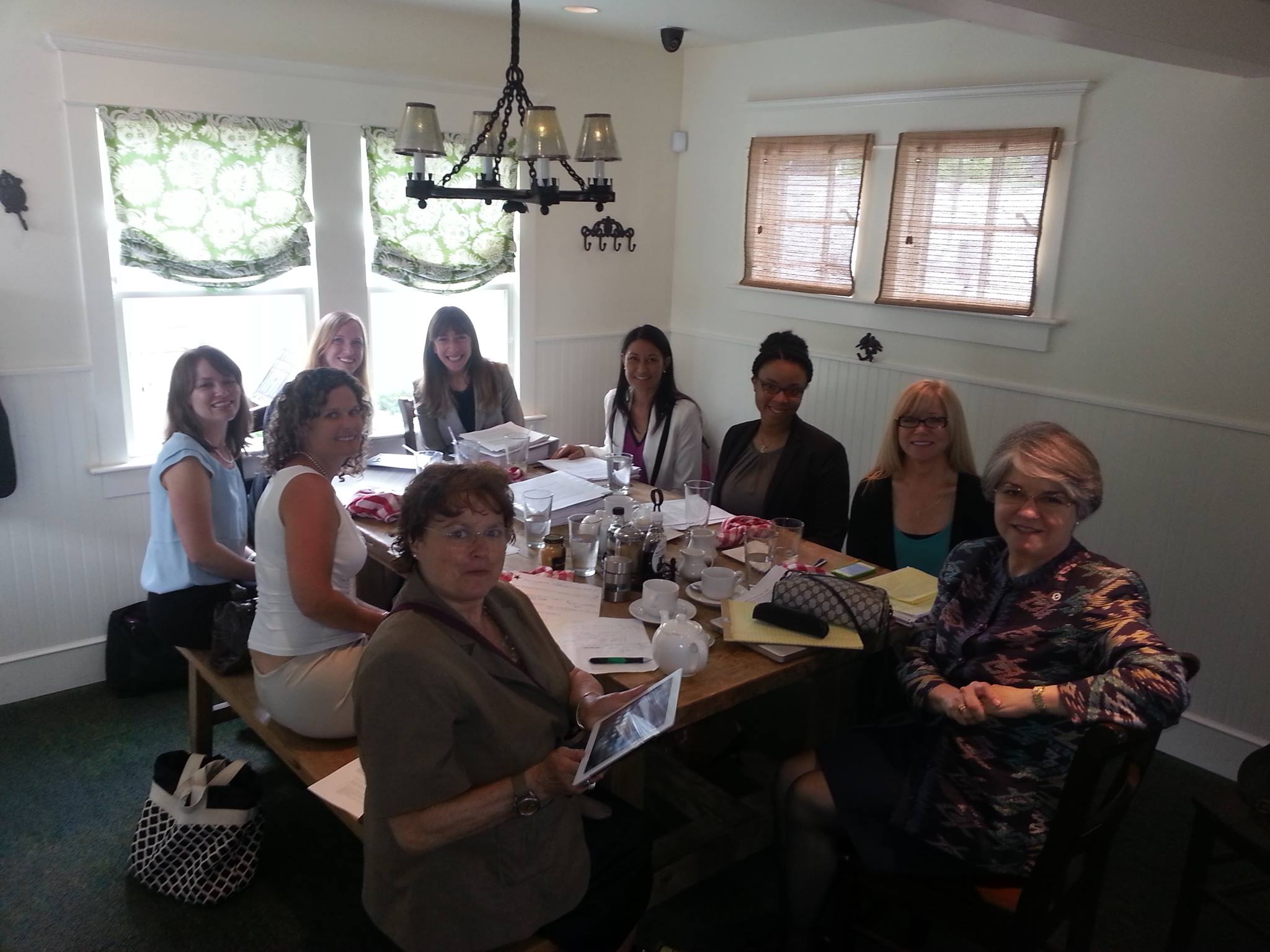 Here is media coverage on our story.
We are grateful to Reuter's Carey Gillam, who covered the meeting that very day.

The Organic Consumer Association's support has been wonderful:
http://www.commondreams.org/headline/2014/05/28-9

Many other media outlets see the importance of the mother's role in our cause as well:
http://althealthworks.com/2319/moms-meet-with-epa-demand-answers-over-monsantos-roundup-chemical-in-breast-milk/

We wish to thank Sustainable Pulse, NYR Organic, and Baker Creek Heirloom Seeds, and our other sponsors who donate to support the sharing of GMO info materials. Please allow their generous contribution to make a difference in your town.
Join a 4th of July parade near you as a Moms Across America supporter and let your whole town know about GMOs and pesticides in just a few hours, in a fun and family friendly way.
As a leader, you will get free materials with paid shipping. Sign up as a parade host at www.momsacrossamerica.com/events_all. Next week we will send out the link to the new web store where you can order your supplies.
IT'S UP TO US!!!
When we don't buy it, they can't sell it. When we buy organic we invest in our families and alter the future of America.

THANK YOU
Zen Honeycutt and Moms Across America