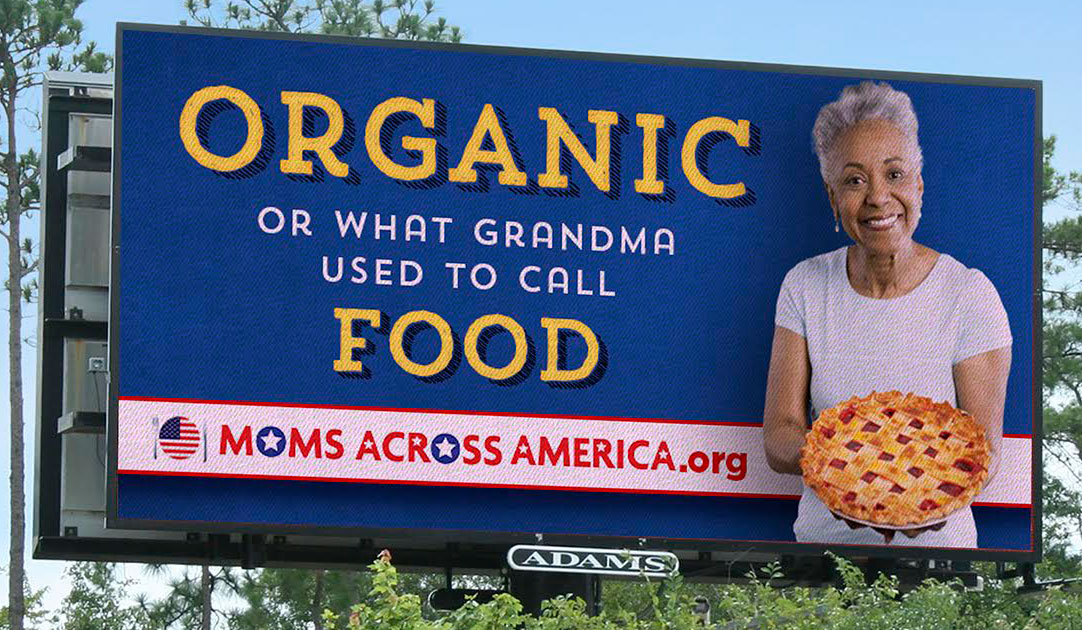 Los Angeles - Moms Across America has launched the fourth edition of a series for their national billboard campaign to promote organic food.

The messages are currently appearing on 195 digital billboards in 25 cities nationwide.  The campaign is expected to achieve 54 million impressions during the months of November and December. Thanks to the reach of Adams + Fairway Outdoor  Advertising, Moms Across America is able to reach the general public with a message that could alter the health of America over the holidays.

Moms Across America’s Executive Director states, “Many people have been convinced by conventional and GMO food manufacturers that organic food is simply a marketing tactic, that there is no difference except a higher price, and does not impact health. This couldn’t be further from the truth. The truth is that ALL food used to be organic. Only in the past twenty years has food been changed, genetically modified to withstand repeated spraying of chemicals known to be linked to neurotoxicity, cell damage and death, reproductive changes and even cancer. We see our loved ones get better when they eat organic. What better time than over the holidays, at family gatherings, to bring and serve organic food and start a conversation which can lead to improved health.” 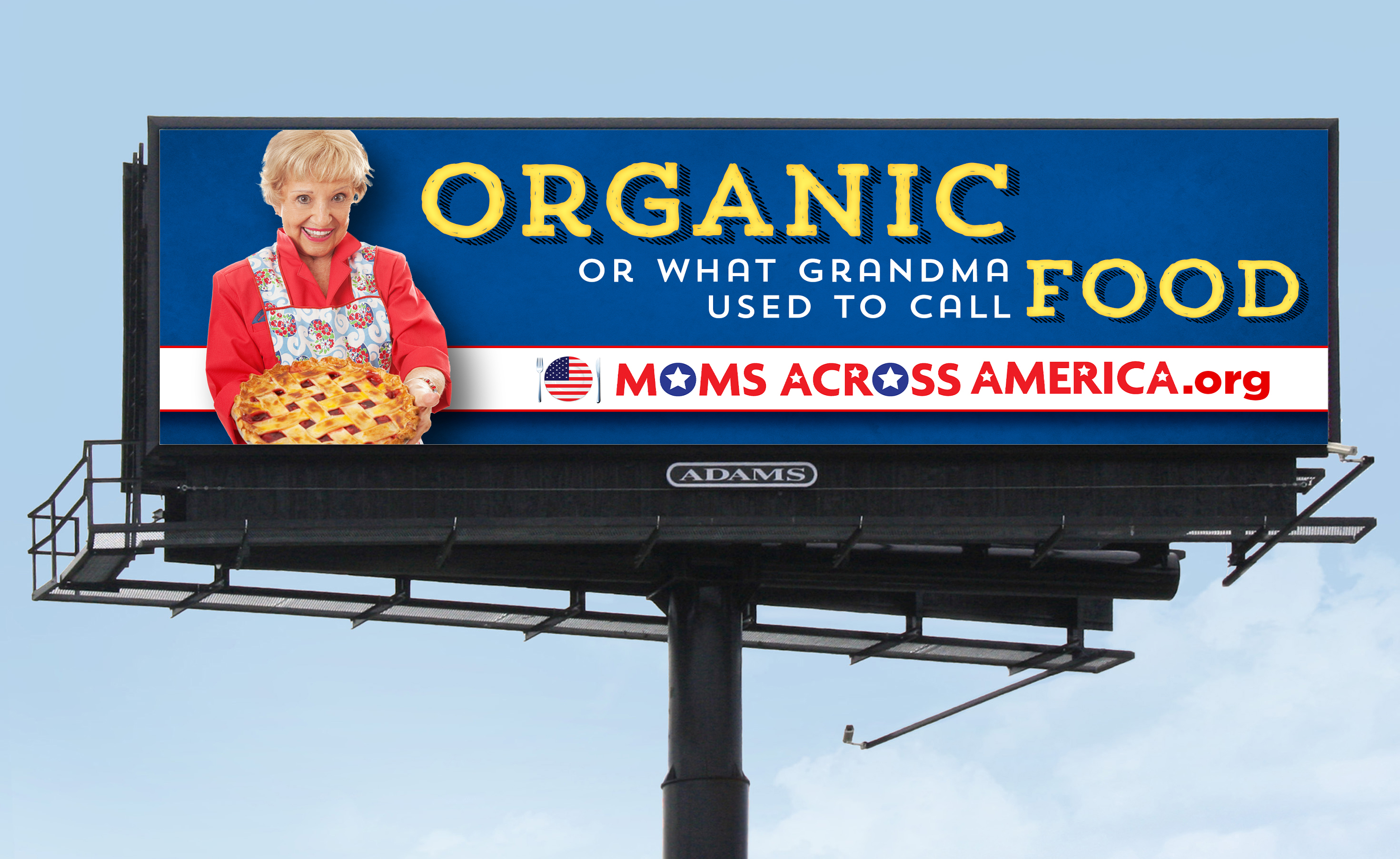 She continued, “Our intention is to reach millions of American consumers and encourage them to buy organic. If only 1% of the people viewing this billboard start spending $100 a week on organic food, we can create a 1.7 billion dollar shift to organic food per year. We only hope there will be enough farmers and grocery stores willing to keep up with the demand.”

“I had an awesome team of doctors at the children’s hospital that could not figure out what was wrong with my daughter who was  getting sick after nearly every meal.  The Moms posting on Facebook that their children got better when they got off GMOs saved my daughter’s life.  That day, I went out and bought organic food and she stopped throwing up.” – Jennifer Lawrenson

Moms Across America recognizes that not every child reacts in this way to GMO food, “It’s sort of like smoking, some have ill health effects, some do not. The difference is that smoking is a choice, eating is not.” Honeycutt points out that all American’s no matter what their income level, location or socio economic background is, should have access to organic food. The situation may soon however, get worse instead of better.

The billboards are up the same week that the EPA has approved herbicides Enlist Duo and Dicamba to be sprayed directly on food and feed crops. These chemicals have been shown to cause crop damage due to drift, leach into the water supply, and have been linked to DNA damage.

Honeycutt points out that it is EPA policy to require long term safety studies of only one declared “active” chemical ingredient of a product, not the final formulation. So unless the manufacturers have gone beyond protocol and have  provided long term animal studies, blood analysis, and final formulation testing, the claim that Enlist Duo or new Dicamba products are safe is unfounded.

“The EPA is obviously responding to industry pressure to approve these chemicals to be sprayed on our food crops because Glyphosate based herbicides like Roundup are no longer working, are harmful,  and have received enormous public outcry. Apparently they think we won’t notice that they are simply asking farmers to get back on the toxic treadmill of another kind of untested chemical cocktails. We have faith in our farmers that they can farm, as has been done for thousands of years, without toxic chemicals. Our grandparents farmed, cooked, and feed their families food without GMOs and toxic chemicals, we can do that too, “ stated Honeycutt.

The billboards are displayed for 8 weeks in:

About Mom’s Across America

Adams + Fairway Outdoor Advertising is one of the nation’s largest out of home advertising companies in the United States, with more than 29,000 displays in over 21 states, 34 markets, and 101 DMA’s. Adams + Fairway offers multiple types of displays in its portfolio of assets to meet growing customer demands. These assets include the quickly evolving digital platform that offers over 430 digital billboards throughout all of markets.