4月 22 is Earth Day, a day in which we pay tribute to the planet we inhabit. But what are we doing to it? We hear more and more about how our climate is in danger. We hear about all of these international groups calling for a massive reduction in fossil fuels. We hear less about the other causes of the destruction of our climate and one of the largest contributors is factory farming, including the GMO crops and the toxic pesticides used.

Massive collateral damage is caused by the pollution of factory farming. The land is being cleared to graze animals and grow crops to feed the animals. Essential ecosystems are being wiped out which reduce carbon and impact climate change. Rain forests are being destroyed at the current rate of one acre per second.  We should be growing food to feed people. We will have more than enough food if we stop feeding livestock and use it to feed the hungry people across the globe. 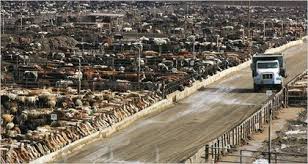 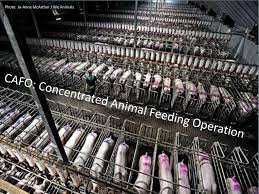 There are currently over 450,000 Confined Animal Feeding Operations (CAFOs) in the United States. Over 50 billion animals are killed yearly to support our country's need for animal protein, and many of the meat is shipped overseas to places like China for processing (with questionable sanity standards) and then sent back to the U.S. to be marketed to unknowing consumers. Does this make any sense?.

With a growing drought crisis in many third world areas, using exorbitant amounts of water to grow crops to feed animals for export instead of feeding the local community could mean mass famine.

In developed countries, using our precious, fertile land and water to grow feed for factory farm lots means higher water prices, the use of water from fracked areas, which includes poisonous chemicals, and the destruction of our soil at a catastrophic level.

Soil and the climate 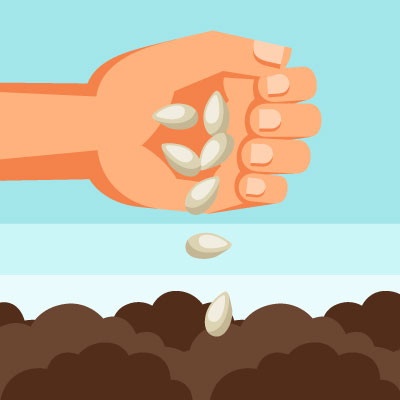 The importance of the microbes in the soil covering our planet has been ignored until recently. The microbes in the soil play a key role in sequestering carbon. Many would like to put the blame for climate change on our transportation sector and fossil fuels for the increases in carbon in our atmosphere, but that is not the true or only reason.  Recent studies show that our factory farming system is responsible for most of the human induced greenhouse gasses being released into the atmosphere. GMO chemical farming, which is predominately made up of crops to feed the factory farmed animals, is also preventing the sequestration or "take down" of carbon into the soil. The soil in our country has been disturbed through chemical farming practices, which kill the microbes and dimish its ability to sequester carbon. Carbon levels and climate change has increased in direct correlation with the increase of GMO and factory farming.

Plants pull carbon dioxide out of the atmosphere and convert it to carbon-based sugars and proteins to grow. What it doesn't use (about 40%) is sent down to the roots, where the billions of microorganisms get to work, consuming the leftovers, leaving behind the mineral based nutrients that also fuel plant growth.

Just as we are starting to become educated in the "microbiome" that supports our health, we are discovering the life that lives within and supports our soil and the life that comes from it. In every tablespoon of soil, there are 6 billion microorganisms doing a variety of jobs.  It is a beautiful dance that maintains a healthy environment. But the chemical companies masquerading as seed companies told us that they could do better. They told us that they could replace nature. They told us that we needed their toxic chemicals and their toxic seeds to feed the growing population. Well, as you, the intelligent reader, are finding out how wrong they are.

With the increased use of toxic herbicide/pesticides used in GMO agriculture, we are destroying this delicate balance. When we talk about the web of nature, we realize that when one of these incredible delicate systems are damaged, it affects everything as a whole.

Did you know that there is currently more carbon sequestered in the first meter of soil that is in the atmosphere at the present time? If we continue to destroy the microbes that are needed to maintain a healthy soil, this carbon will be released into the atmosphere. But there is hope. As stated on the Food and Agriculture Organization of the United Nations Website, "there is a major potential for increasing soil carbon through restoration of degraded soils and widespread adoption of soil conservation practices."

We, as consumers, can help reverse climate change by buying organic and switching to a plant-based diet.  We can no longer support this perfect storm of GMO farming and the dangerous toxins that come with it. There is not one exo-system that has not been harmed by this dangerous technology.

Remember, if we stop buying it, they will stop making it.