Washington, DC – A group of scientists, consumer health nonprofits, and citizens filed a historic legal action against the FCC for its refusal to update its 24-year-old cell phone and wireless radiofrequency (RF) radiation guidelines. The legal petition contends the FCC’s action is “arbitrary, capricious, an abuse of discretion” and “not in accordance with the law” as the FCC has violated the Administrative Procedure Act and the National Environmental Policy Act by failing to adequately review the hundreds of relevant scientific submissions finding harmful effects from wireless technologies. 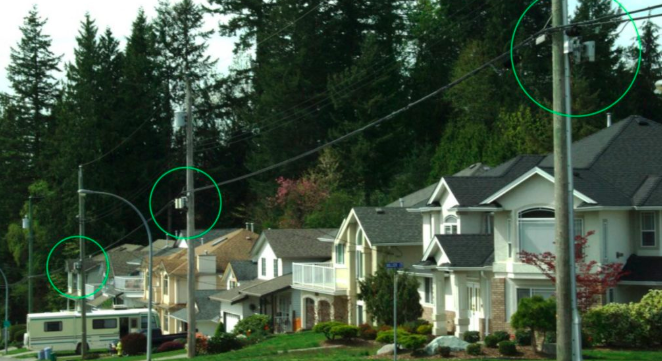 The appeal was filed in the US Court of Appeals for the District of Columbia Circuit on enero 31, 2020 by the Law Office of Edward B. Myers on behalf of Environmental Health Trust, Consumers for Safe Cell Phones, and several individuals. Myers was part of the recent winning litigation against the FCC (along with the Natural Resources Defense Council and 19 tribal groups) which overturned FCC regulations that would have exempted small cell facilities from environmental review and compliance under the National Environmental Policy Act.

The legal action was featured in Law and Crime’s article  “Scientists Sue FCC for Dismissing Studies Linking Cell Phone Radiation to Cancer” where attorney Edward B. Myers stated, “The FCC’s order terminated an inquiry into the adequacy of existing health and safety standards for radiofrequency radiation from wireless devices and facilities, including cell phones and cell phone towers and transmitters,” he said. “The existing regulations were promulgated in 1996 based on scientific data from 1992 and the FCC had commenced the inquiry in 2013 after the General Accounting Office (GAO) issued a report finding that the existing standards may be based on outdated science and may need to be updated.”

In 2012, the General Accountability Office issued a report recommending wireless radiation regulations be re-assessed leading to the FCC opening Docket 13-84  in 2013 asking for public comment on whether a review was needed. The FCC accepted submissions into the docket for years and took no action until diciembre 4, 2019 when they decided that no review needed to be done and that wireless radiation limits were protective.

EHT’s legal action challenges the diciembre 4, 2020 FCC decision.Scientific submissions the petitioners contend were “ignored” in the FCC Docket included research documenting harm to wildlife and bees, the recent National Toxicology Program (NTP) study that confirmed cell phone radiation causes cancer and DNA damage, the Ramazzini Institute study, replicated studies finding tumor promotion, oxidative stress, reproductive damage, brain damage, and genotoxicity, cell tower research, and human studies finding increased brain tumors, headaches and memory damage. Submissions to the FCC indicate that childhood and pregnancy are times of unique vulnerability and that children are not only more exposed to cell phone radiation but also more vulnerable to its impact due to their developing brains. However the FCC stated, “We further decline to revisit our RF exposure policy as it pertains to children.”

“The FCC decision flies in the face of mounting scientific evidence demonstrating harm from RF radiation and runs counter to the science-based decisions of other governments that have devoted major resources to evaluating new evidence on the issue and have taken steps to curtail exposures as a result of their findings,” stated Devra Davis, PhD, MPH, President of Environmental Health Trust, a scientific think-tank that has long pushed for stricter regulations on RF emissions from cell phones and other wireless equipment. Dr. Davis testified in the 2009 US Senate hearing on the health effects of cell phone radiation, and EHT’s Chairman Dr. Ronald B. Herberman, founder of the University of Pittsburgh Cancer Institute, testified in the 2008 House hearings on cell phone radiation.

The litigation was prompted by an FCC Order, released on diciembre 4, 2019, “FCC Maintains Current RF Exposure Safety Standards”, in which:

“The FCC will go down in history as the most dangerous government agency for America’s health and safety, even outdoing the FDA in this regard since, after all, each and every man, woman, child, bird, animal, and insect is being involuntarily exposed to wireless radiation. I only wish we could go for damages. I guess we will have to save that for the wireless industry itself. Beware of telecom bailout legislation, because the wireless industry has no re-insurance,” stated Liz Barris of the People’s Initiative Foundation.

Davis pointed out that FCC RF limits are 24 years outdated. “Would you want to fly in an airplane with 24-year-old safety standards? That’s what the FCC wants when it comes to cell phones and the latest technologies. Ignoring the government’s own tests showing that 3G and 4G cause cancer, ignoring the Cleveland Clinic and others that warn men to keep phones out of their pockets if they want to have healthy children, the FCC dares to propose that these outdated standards can safely be applied to 5G, a technology that did not even exist two decades ago.”

“The FCC’s recent order blatantly denies consumer health and safety advocate requests to require that phones be tested the way they are used—directly against the body. If not challenged, the rules will continue to allow manufacturers to “cheat” in order to pass the test by positioning phones as far as an inch away from the test equipment. No one knows they are being exposed to RF radiation that exceeds the federal limits simply by wearing and using a cell phone in a pocket or tucked into a sports bra. The testing procedure is designed to protect cell phone manufacturers….not the public,” stated Cindy Franklin, President of Consumers for Safe Cell Phones.

In the early ‘90s, the EPA was tasked with developing safety standards for radio frequency limits, but the task and EPA research was defunded in 1996. Then, the US Federal Communications Commission (FCC) adopted RF exposure limits based largely on limits developed by industry/military connected groups (ANSI/IEEE C95.1-1992 , NCRP’s 1986 Report).

In 2008, the National Research Council report, “The Identification of Research Needs Relating to Potential Biological or Adverse Health Effects of Wireless Communications Devices”, reviewed the research needs and gaps and identified the critical need to increase our understanding of any potential adverse effects of long-term chronic exposure to RF/microwave energy on children and pregnant woman.

In 2008, the US House Oversight and Government Reform Subcommittee on Domestic Policy held a hearing “Health Effects of Cell Phone Use.”

In 2009, the US Senate Appropriations Committee held a hearing “Health Effects of Cell Phone Use.”

In 2012, a Government Accountability Report stated cell phone radiation limits could be based on outdated research and utilized outdated and unrealistic premarket test protocols.

In 2013, the FCC opened an official inquiry into its guidelines for human exposure to radio frequency. The FCC received more than 1,000 submissions to their Dockets 13-84 and  03-137.

Nearly two decades ago, a letter from EPA confirmed the fact that limits are not based on an understanding of impacts from long-term exposure. A 2002 EPA letter states, “Federal health and safety agencies have not yet developed policies concerning possible risk from long term, non thermal exposures,” and current FCC human exposure limits “are thermally based, and do not apply to chronic, nonthermal exposure situations.” The letter clarifies that adequate scientific evaluations of the full impact on sensitive populations such as children, pregnant women, and the elderly have not been completed. EHT contends that the 2019 FCC action is arbitrarily dismissing the $30 million NTP study that was designed to determine if there was a risk from long-term non-thermal exposures. This study found “clear evidence” of cancer and DNA damage in the rats and the mice.

In 2014, the US Department of the Interior sent a letter to the National Telecommunications and Information Administration stating, “The electromagnetic radiation standards used by the Federal Communications Commission (FCC) continues to be based on thermal heating, a criterion now nearly 30 years out of date and inapplicable today.” Yet the 2019 FCC item refers to the 24-year-old thermally based limit as providing protections even if phones exceed the FCC limit when in body contact position.

In 2016, the French government released cell phone radiation measurements of hundreds of cell phone models and found most of them violated RF limits when tested in body contact positions.

In 2019, a published analysis in IEEE (journal of the Institute of Electrical and Electronics Engineers) of the French cell phone tests found that some RF measurements exceeded FCC limits by 11 times. The analysis was performed by Professor Om Gandhi, an engineer who decades ago co-chaired the IEEE SCC 28.IV Subcommittee on the RF Safety Standards (the sub-committee that developed the standard on which the US FCC limits are based).

In 2020 the suit was filed. The appeal was featured in Law and Crime’s “Scientists Sue FCC for Dismissing Studies Linking Cell Phone Radiation to Cancer.”